Signin with Facebook
Posted on December 19, 2016 by Steven Rovito 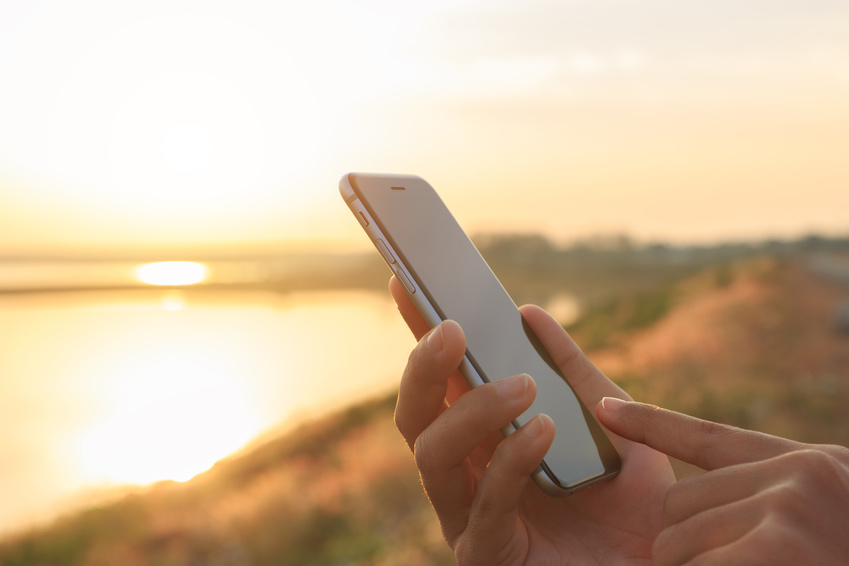 There’s been a lot of speculation about the iPhone 8. It may seem hasty worrying about a new phone so early, but with the critical response the world took to the drastic changes (and lack of changes) in their latest iteration (the iPhone 7), many have turned to market analysts to see what the iPhone 8 could hold in store.

We’ve seen other major manufacturers add new features to their phones that are missing from the iPhone. The inclusion of wireless charging in Samsung devices means that we’ll probably see a similar features in Apple’s next baby. There’s also expandable storage, which has always been a foot-in-the-door for Android products since the beginning. Samsung’s product lines continue to improve every year, and people are cozying up to the idea of an Android, especially when the alternative is to spend $100’s every year for less than stellar upgrades. Let’s face it, with cell phones that comes with styluses and arguably better battery, it’s difficult to say which phone will give you a better experience.

At some point, upgrading your phone over a screen is going to be trivial. There’s only so many pixels the human eye can register, even less on a screen that’s at most 5-inches. Larger screens also compromises the battery because they have to power so much. None-the-less, the latest iteration of iPhones has a AMOLED screen and a IPS panel for color accuracy. With a resolution of 1080p, the only direction Apple can go is to upgrade the screen to 4k – but at what point is this just wasted pixels and a shorter battery?

A rumor that has been spread by a number of sources has claimed that the iPhone 8’s shell will be completely made of glass, doing away with the home-button that so many brands adopted after its inception. This would be an engineering feat, as a phone made of complete glass isn’t going to sit well with most consumers. It’s no secret that iPhone screens break in ridiculous scenarios sometimes, and if the phone is made of complete glass it probably won’t be the easiest thing to fix.

However, the new Macbook Pro features an interesting take on the custom function buttons, and I’d be interested to see if it makes its way to the iPhone.  A fully glassed-out front screen that makes room for this may be an option. In previous iPhones, the limiting factor to making the front screen completely glass has been the home button. While the home button does make me feel at home to the dozens of iPod (and even Android) products I’ve owned, I’m willing to try out new methods.

iPhone 8 specs – Is it worth it to talk about yet?

There’s very little information roaming around about the iPhone 8’s hardware. Any information I do find, I wouldn’t feel good telling you about. Sources are not even sure if Apple is gearing up to release an iPhone 7S and 7S+ before the IP8 comes out.

The minimum memory for an iPhone 7 is 64GB’s. This is already a lot of memory, considering most apps force you to use cloud services. Users like Apple Music or Spotify to listen to music – and both are streaming services. There’s also a ton of ways to listen to music online with an app, including YouTube and 8Tracks. We have access to things like iCloud, Dropbox, OneDrive, Picasa and more to hold our pictures, and I doubt many people are keeping entire movies on their device while Netflix and Prime Video are around.

Another frequent complaint of iPhone owners is the size of the actual iOS that comes with the phone. Apples operating systems have been getting bigger, and if they didn’t upgrade the memory these past few iterations, it might have become a problem despite cloud services. If they use this as a marketing element, it could be misleading – the advertised memory is often much lower than the actual available memory on an unused device.

The processor chip is a similar story. We already have chips that can handle everything we throw at them and more. I do banking, emails, work stuff, Skype, multiple tabs in a browser – the list goes on – and my $60 LG Stylo G never flinches.

We see new A-something chips come out every year for Apple. The last two to hit the scene were the A9 chip in the iPhone 6 Plus, with the fusion chip A10 releasing with the iPhone 7. The iPhone 8 can be speculated to be an A11 chip, but what does that mean for the consumer?

The only concrete rumor also going around is that the A11 chip with be a bit smaller than its predecessors at 10nm.

Most apps these days don’t need to be run on a super computer, though. If Apple markets their new phone as having a newer, better processor, will the public respond?

There’s also been talk of a big modem upgrade since Apple’s deal with Quallcomm is coming to an end. If they turn to Intel this year and like what they see, the new iPhone could feature the fastest modem we’ve seen to date. Put it this way – a 4k movie in about 13 minutes and a Blu-Ray in about a quarter of that time.

Apple has completely ignored 3D for a long time. With the first phone to feature 3D coming out almost 6 years ago now, the engineers have had plenty of time to perfect the art.

An article released by Korea’s Economic Daily stated that Apple is partnering up with LG to bring 3D to the next iPhone. The KED reports that the camera will allow iPhone 8’s to recognize physical objects in the real world, and even utilize augmented reality as seen in the recent PokemonGO phenomenon.

The one issue that trumps all other issues. Customers have reported that their biggest upset with the latest iPhone was the weak battery. Batteries have been an ongoing issue since the inception of smartphones. Big screens that can show big things cost big battery – that’s just how it is. And the more processing power they try to cram into their machines, the better they have to make the battery.

Some of it can be attributed to other things, such as having too many apps open at once or constantly having your Data on. Even on Android, if I leave my Data running while I’m out and about, my battery doesn’t survive for long. There’s always battery phone cases, but a lot of those can be bulky. It’s unfortunate to have to choose between sleek designs the engineers intended and having a battery that won’t die on your when you need it.

Huffington post wrote a great article about what Apple has done with the battery over the years. In this chart, they detail that the standby time (when your phone is doing absolutely nothing) hasn’t gone up by much over the past decade. The iPhone 1 had a 250 hour standby life, and the iPhone 6 is exactly the same. In fact, the only one that has a significantly better battery life is due to the fact that it’s a bigger phone (the iPhone 6+) – so it gets a bigger battery.

No leaks have been passed around about the iPhone 8 yet, but looking at the history we can have a pretty good estimation of the features it will include – and probably won’t include. It’s hard to guess what exactly the iPhone 8 will bring to the table, and if they really are thinking about the headphone jack again. Despite that, Apple is responsive to their fan-base. If you wish it, it will come!

7,999
10 Reasons Why Coding iPhone and iPad Apps in Objective-C is a Really Bad Idea
READ MORE