Signin with Facebook
Posted on September 13, 2017 by Steven Rovito

Smartphones have completely replaced the need for handheld digital devices in the workplace. What used to take a $4000 piece of equipment to complete, usually a mini computer stuffed into a gun with a scanner, can now be completed with even the older generations of smartphones. Because most employees already own a phone, smartphone apps have led to a cost effective way to improve a businesses efficiency.

For some businesses, the idea of having a mobile app could seem impossible. Hiring a team of coders to program an app to your exact specifications is not cheap, and it often time leads to losses rather than gains. Snappii, a mobile app company, has developed a solution to this problem with it’s Snappii platform. The platform allows ours developers to build apps at a fraction of the cost it would take a native developer. If you need a simple app for your business, Snappii is a readily available answer.

The iPhone in particular has constantly been shifting towards newer and better technology. The upgrades that they’ve implemented since the iPhone 4 have all geared the iPhone into having a bigger screen, the best audio, and a camera that works better than your DSLR. However, some of their recent innovations have left the public confused. The removal of the headphone jack, for example, and forcing the user to use Bluetooth headsets generated a backlash.

The iPhone X, which debut yesterday during the annual Apple conference, is being marketed as the premiere iPhone to own if you’re a business owner, an artistic entrepreneur, or a technophile. For the first time in Apple’s iPhone history, the smartphones screen will extend throughout the entirety of its surface, reaching the rounded, smooth bezel on both the top and bottom of the screen. The screen will also be the first iPhone to take full advantage of oLED technology, reaching a resolution that has been unparalled in the smartphone world.

With the most apparent upgrade being the screen, I thought we could take a moment to briefly go over what makes the iPhone X the best phone Apple has ever released. 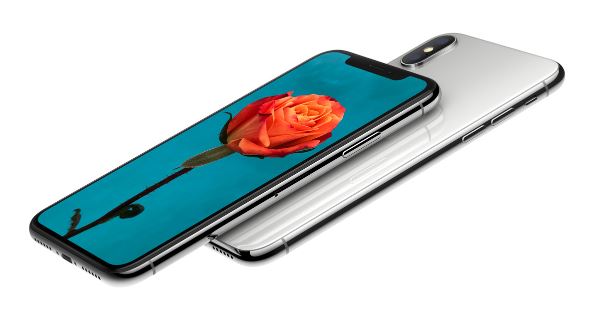 The new front facing camera has led way into a new feature that Apple has been reluctant to even talk about in the past. Samsung devices have long since had facial recognition software, most of which works excellently. Apple can be behind with some of these features – they always seem to test the waters before actually releasing it in one of their mobile devices. Yesterday, they introduced that their FaceID software is so powerful, that they would trust Apple Pay with it.

On the other end, the back camera can be used for more than just capturing scenic bypasses. Many companies use Snappii’s technology to capture information like receipts, inspections and logs by using the camera’s on their phone. It is an easy way to add photos to the final PDF.

Superior Housing – Better than ever before

Apple has not released too much information about the glass front and back, but they did mention that the glass was 50 percent deeper.  However, the iPhone is notorious for breaking the front screens glass. There’s even entire companies, like uBreakiFix, that are completely devoted to just fixing glass iPhones screens. To add another one to the back of the device seems like a step backwards.

As with every smartphone, there will be cases. For those that work in a place where the phone can be damaged, there is no reason not to spend the extra money on a case that will protect it from a fall. With the retail price starting at $1000, it probably will not be easy to fix the screen.

A Processor That Is just Unnecessary

I mean that in the best way possible. While normally it’s tough to say if a processor will live up to its hype, the fact is that the A10 already has enough power to run the most daunting apps, the most heavily coded games and display movies in an resolution that’s better than most TVs. Even if the A11 was a complete copy of the A10, the entire phone would still be worth the money. In reality, the processor is just the icing on the cake.

For business apps, this means faster processing of data and sending it to where it needs to be. Better processors usually help out cellular signals, so the device will naturalize minimize the amount dead-zones you may encounter.

If you have ever wanted to build an app for your business but did not know how to get started, now has never been a better time. Check out Snappii’s homepage for some basic information about our service. If you have any questions, feel free to reach out to us at support@snappii.com

11,327
Advantages Of Having Mobile App For Logistics Industry
READ MORE