Benefits of the New iPhone SE for Businesses
Sign up

Signin with Facebook
Posted on March 24, 2016 by Daria Ivantsova 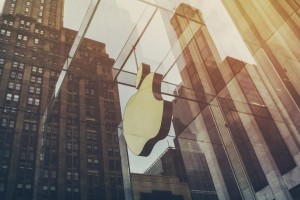 Apple is back to making iPhones with 4-inch screens. Since the launch of iPhone 6 and iPhone 6Plus, there have been different rumors about Apple’s plans. Finally, on March 21st, Apple announced its plans to release its new iPhone 5SE (Special Edition), or simply “the iPhone SE”, which is available to pre-order in some countries from March 24.

The main change is the size of the device. Apple has gone away from the general trend of making new smartphones bigger as the previous models, the 4.7-inch iPhone 6S and 5.5-inch iPhone 6S Plus, have proved harder to operate with one hand. This issue particularly affected field workers, who need to perform operations on their smartphones on the go. Moreover, new iPhone SE offers some additional technical features especially useful for business professionals.

“It’s got advancements that will make it the most powerful 4-inch phone ever,” assures Greg Joswiak, Apple’s Vice President. First of all, the fact that the new model looks similar to an older one doesn’t mean that its performance will be identical to one of the previous 4-inch iPhones. iPhone SE has the same A9 processor as the 6S, which allows the phone to be turned by “hey, Siri” and enables Apple Pay. The latter feature lets users make in-store purchases without the need to carry cash or credit cards. Apple maintains that Apple Pay is currently the safest and most private way to pay. Moreover, Apple promises that “with a 12-megapixel iSight camera, one can be sure to capture sharp, detailed skills like the ones shot on iPhone 6S. That includes shooting – and even editing – brilliant 4K video, which is up to four times the resolution of 1080p HD video.” In a word, the iPhone SE is expected to become a great solution for more demanding apps and heavy multitasking.

The new model of iPhone also benefits the budget of business users. In the U.S, the 16 GB iPhone SE will sell for $399, while the 64 GB smartphone will be available at the price of $499.

While a powerful phone is a great start, to turn it into a really effective business tool, you need powerful business apps. Snappii, a leading mobile business app development company, offers feature-rich apps for different industries. Moreover, you can order custom app development or even develop the app you need yourself with Snappii’s unique codeless platform. Visit our website and choose your best mobile solution.

8,000
10 Reasons Why Coding iPhone and iPad Apps in Objective-C is a Really Bad Idea
READ MORE