Signin with Facebook
Posted on March 29, 2017 by Steven Rovito 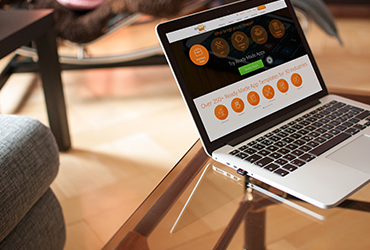 We do business with clients from all walks of life. From the service industry, to field work, to construction, a lot of different people approach us to build an app for their specific purpose. Through that, we were able to get a lot of experience working with people and all of their different industries – and we learned something. While the apps may differ, a lot of them ask for the same functionality.

This was the seed for the idea that grew into Snappii.

Our founder had a vision: instead of building apps one by one, he wanted a platform that allowed us to incorporate the features that kept coming up again and again. Things like GPS tracking, catalogs, and equipment managers were things that we found many different industries used, with only minute variations in between. It didn’t make sense to continue to rebuild this functionality over and over again. So, the platform took this idea and expanded on it. Over the years, Snappii has accrued a catalog of widgets and functionality you can add to any app made in our platform. And that is the bread and butter of our promise – rapid development for less than what you think it’ll cost. 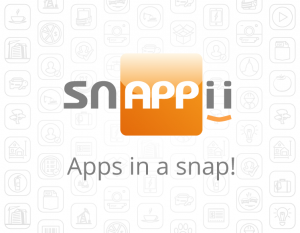 There’s a reason we have a smiley face in the logo.

Snappii didn’t stop there. The pattern continued to repeat itself the more and more as our user base went up. Despite us having the widgets readily available, customers continued to approach us about creating an app just like this persons’, or something similar to what “that business” has. It dawned on us that a lot of the apps, even the more popular ones, are very similar in terms of structure, only varying slightly when it came to the formalities – extremely similar to the widgets that made up the app in the first place. After a few years of churning out apps with the platform, we began to realize how a lot of these industries were structured. Spa apps generally shared a lot of functionality with other spa apps, just like construction apps sharing features with other construction apps.

Because of this, Snappii created what later became to be known as app templates. The templates are exactly what they sound like – a bare-bones version of what is possible in our platform.

But the templates weren’t getting much traction at first. Sure, the idea of a minimalist version of an app is appealing, but what good is it if you can’t try it before you commit? So we pushed the templates into the app stores. The idea was to show the people what the platform was capable of, because surely if they saw it, they would want it for their own business. Calls began to come in saying “we want everything just like this template, but a few minor differences”.

While there have been a lot of app builders to come and try to take the throne, we have always felt like Snappii has held up well to the storm. Many app builders boast about features that can be added using their platform. While true, they still leave you very limited. In some cases, these apps are nothing more than just marketing tools with fancy UI’s and pictures. However, Snappii had something else in mind. With Snappii’s open-ended system, features can actually be created to fit a companies needs. For example, if a company uses a specific piece of software that is imperative to their business, they would have to run the chance that whatever app builder they are using will support that software. Snappii, though, doesn’t care what software you’re using – because our team of developers are trained to find ways to incorporate almost anything out there into our system with what’s known as connectors.

So say your accountant back at the office needs integration with their quick books – we’ve got her covered. Maybe your foremen needs some sort of integration with their database – we got him covered too. Snappii’s system is malleable enough that we can produce these heavily-loaded business apps, yet reliable enough to perform with even the most popular software out there.

Just to give you a taste of all that’s possible on our platform, check this out:

Those are all different widgets of functionality you can add – and that’s just the start of it. To check out more of Snappii’s unreal catalog, and a list of all the template apps we’ve created over the years, click here. If you want to contact our sales team to see what we can do for you and your business, click here.