Signin with Facebook
Posted on January 19, 2017 by Steven Rovito 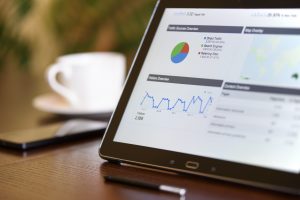 If you’ve made an app, you’ve probably had an encounter with the app store. Regardless of which app store you’re working in, getting your name out there is hard. Especially when you have both stores featuring your competitor’s apps over yours.

One way to grab some attention is by making a preview video of your mobile app. Many people already know about the benefits of taking pictures to display an overlook of your mobile app, but you may be shocked to find the amount of mobile apps on the market that don’t have a video to showcase. It goes without saying that video is a powerful tool to steer your audience in the right direction – you can control what they see and show the flow of your app. Both stores allow you to display video, but the details are slightly different.

If you haven’t made a mobile app before, there’s never been a better time. Online mobile app editors like Snappii allow you to put together an app in days, not months, at a fraction of the cost of hiring programmers. Snappii works by snapping pieces of the app you would like to see in the finished product, allowing the user to create beautiful, and functional, mobile apps that will serve them for years. Because the online app editor is so accessible, it’s easy to update the mobile app whenever you want, ensuring that your creation is constantly in line with your business. Try it out today!

Both app markets have different guidelines for what you can and can’t do with your app preview video. Today we’re going over some of the more “headache” inducing ones.

Format – Format can be a bit tricky with iOS because depending on what device your potential downloader is using will determine what format the video needs to be in. iOS and the tvOS app stores sometimes share the same apps as well, so you also have to include a 1080p video for those users. These are the formats you need to upload for your app preview video:

Store Guidelines – When it comes to uploading apps, Apple is usually the more difficult one to deal with. They have a certain “image” to preserve, and it restricts what you can do with the video significantly.

For a lot of people, that last one is the difficult one. Basically the idea is to show the functions of your mobile app, not flat-out tell the user.

Thumbnail – The thumbnail is the picture that displays on the video before you press play. Apple refers to this as a “Poster Frame”.  There are some guidelines here, and keep in mind that the poster frame will only show up on the device itself, not Apples website.

Call to Action – Call to action is exactly what it sounds like. As usual, the goal is to have a clear, time-driven call to action like “Download today!”. But there’s two small details I want to point out that stops a lot of people in their tracks:

Again, Apple does this to preserve a certain look and feel that their app store provides. The only way to avoid it is to make mobile apps for the other guys, which will get uploaded to the Google Play store. Speaking of which…

Format – Format for Google Play is a lot easier – basically anything that goes on YouTube can be used as the preview video. Unlike Apple, you only have a choice between two resolutions:

Keep in mind that having a video that can display itself horizontally will help with user immersion, and subsequently, retention.

Store Guidelines – Unlike iTunes, there’s no approval needed. This means you can showcase your app exactly how you wish to, and you aren’t limited by some of the tight restrictions Apple places along its guidelines. Also, keep in mind:

Thumbnail – Just like the iTunes store, the thumbnail is the preview of the video the user sees without clicking anything on their page. The thumbnail has to be 1024 by 500 pixels to fit the dimensions of the frame. Also take into consideration that the “play” button will be right in the middle of the thumbnail, so try not to cover up important information in your video with that.

Call to Action – Again, because Google is less lenient in terms of what you can put on your page, they actually let you put your website – and we recommend it. Websites not only add credibility to your app, but they also lend into more conversions for your online business (if there is one). They also let you put a download badge. Since Apple doesn’t let you do either of these, take advantage of it on Google!

An App preview video can do wonders for promoting your app in a market saturated with many apps for the same industry. Image is everything. Even if you don’t have the best app on the market, people will still be attracted to it if you create the right image and show that you actually care about your product.

With Snappii, it’s easier than ever to upgrade your mobile app as your clients and users begin to use it. Because of the online editor, you can snap together features of the app you would like to see and create a prototype within seconds. All of it is possible for a fraction of the price it would take to hire programmers to create one from scratch. If you don’t believe us, try it out for yourself today, and see why Snappii is a leader in the mobile app creation industry.

11,327
Advantages Of Having Mobile App For Logistics Industry
READ MORE